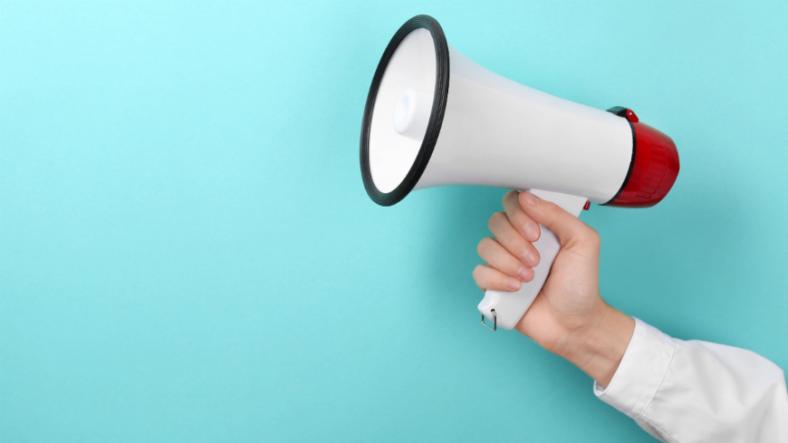 To be published in Analize – Journal of Gender and Feminist Studies

Format and guidelines for authors:

Final papers are expected to be between 3000 and 10000 words (bibliography and footnotes included), submitted in Word format.

References version of The Chicago Manual of Style

The intensification of governing processes started during 1980s profoundly altered the relationship between states, markets and civil societies. This new mode of governance understood as neoliberal bureaucratization was characterized by a gain in autonomy and generalization of the proliferation of norms, rules and procedures stemming from the market, at all levels of life and, by a high degree of formalization, resulting from operations of abstraction that opened the possibility to enclose the complex reality into general, formal categories (Hibou 2015), transforming empirically assembled populations – categories of governmentalities, into morally constituted communities (Chatterjee 2004). The multifaceted process of state reconfiguration included horizontal and vertical shifts in power and policy responsibility together with a transformed state and society relationship (Banaszak et al., 2003, 7). While transnationalization, Europeanization and democratization after the second half of the 1970s were part of the process of uploading power to international institutions, the process of NGOization supported the offloading of state responsibilities to civil society actors. The strengthening of neoliberal governance as “a new relationship between government and knowledge through which governing activities are cast as nonpolitical and nonideological problems that need technical solutions” (Ong, 2006, 3), translated into an increase in importance of New Public Management (NPM) and evidence-based policymaking, and the dismantling of the welfare state, laying down the conditions, for the proliferation of NGOs (Harvey, 2005, 78).

In this context, the organization of United Nation’s (UN) series of World Conferences on Women, marked the development of a global gender equality regime (Kardam, 2005), through the build-up and proliferation of international norms, embedded in international treaties and declarations, of policy recommendations for governments, and of transnational networks that became crucial in the implementation of public policies (Finnemore and Sikkink, 1998; True and Mintrom, 2001). One of these recommendations – following the 1975 UN Conference on Women in Mexico City, was the creation of women’s policy agencies that was adopted by national governments throughout the next three decades. States’ engagements at international level, constituted an opening in the political opportunity structure (POSs), for feminist movements to bring their demands in the official political arena and to participate in the policy-making process (Ana forthcoming). State feminism as a concept emerged to designate the alliances between the newly created women’s policy agencies and feminist movements (Kantola and Squires, 2012). The former was supposed to bridge between the latter’s claims and the governmental bodies involved in policymaking, but they, however, were criticized to have privileged particular demands that were in line with the dominant state policies and that profited a small elite of women (Idem). Once feminist activists gained access to influence politics through official channels, their claims started to be pursued mostly through institutionalized forms of political intervention. Feminist movements shifted their tactics from contentious, disruptive actions towards institutional advocacy and lobbying within NGOs (Lang 1997; Alvarez 1999; Bernal 2000; Haley 2006). In order to be considered stable, legitimate partners of dialogue and to participate in policymaking in official settings, feminist movement actors underwent a pressure to professionalize and, as such, invested time and other resources to train professional experts. This entailed organizational costs that led to feminist organizations’ financial dependence on donors, whose burdensome accountability mechanisms to assess the management of targeted population and social phenomena, loaded activists with bureaucratic work and created new subject categories. These processes of institutionalization, professionalization and bureaucratization have been understood as dimensions of the wider process of NGO-ization characterizing civil society, more generally, and feminist movements, particularly, in different parts of the world, from Western Europe (Lang 1997; Paternotte 2016), Latin America (Alvarez 1998), to Central and Eastern Europe (Guenther 2011; Jacobson & Saxonberg 2013), Africa (Britton & Price 2014), Arab countries (Jad 2004) and South Asia (Roy 2015). While some emphasized the benefits of instilling feminist ideas within states, others focused on the drawbacks of the transformations induced by NGO-ization and affecting feminist movements. Scholars emphasized that cooperation with states in an institutionalized manner might translate into an alteration of activists’ claims and tactics in order to fit without disruption into the normal practice of politics and ultimately into co-optation. Donor dependency and bureaucratization were associated with channelling and goal displacement. Engagement with institutionalized politics was thought to lessen grassroots mobilization and coupled with professionalization to widen the gap between activists and professionals, on the one hand and communities and constituencies, on the other (Jad 2010). Scholars argued that professionalization and financial dependency lead to demobilization (Jenkins and Eckert 1986; Lang 2013) and, coupled with bureaucratization to depoliticization and co-optation (Squires 2012; O’Reilly 2014). These diagnoses constituted the subject of normative and polarized debates about NGOs as contributors to the welfare and empowerment of communities or as channels for reproducing neoliberal policies and imperial and neocolonial power relations. In public debates some argued that feminism became capitalism’s handmaiden (Fraser 2013) and others that the NGO-ization of women’s movement turned Western liberal feminism into the norm of what constitutes feminism (Roy 2014).

Debates about NGO-ization have softened during the second half of the last decade, related to at least two major transformations. First, a new wave of mass mobilizations emerged around the world. Ni Una Menos, addressing feminicide and gender-based violence, started in Argentina, in 2015, and quickly spread throughout the continent. It also reached Europe, where mobilizations took place in Spain and in Italy. Similarly in 2016, in Poland, large-scale protests took place – Czarny Protests, under the form of a Women’s Strike, against the proposed total ban on abortion. In 2017, the International Women’s Strike was coordinated in several countries. Still in 2017, the #MeToo movement began to spread virally on the digital sphere, eleven years after it was initiated by Tarana Burke, on MySpace. This new wave of mobilizations questioned the previous diagnosis about feminist movements as being demobilized – aspect to which NGO-ization have been thought to largely contribute. How can we understand this new wave of mobilization in relation to the NGO-ization hypothesis?

Second, gender and sexuality became highly politicized as anti-gender politics started to strengthen in terms of visibility and campaigns results. Part of larger trends of de-democratization and gender backsliding, anti-gender mobilizations contributed to a reversal and dismantling of policies and institutions for emancipatory politics of gender in various locations (Krizsán and Roggeband 2018), favoured by the selective in- and exclusion of NGOs, as governments attempted to reorganize the civic space (Roggeband and Kriszán 2021:23). This made the enduring feminist, LGBTQI, and anti-racist resistance more visible, questioning previous diagnosis of depoliticization and co-optation. How can we understand the politicization of gender and sexuality in relation to previous diagnosis of co-optation and depoliticization, at a time when feminist actors seem to have lost monopoly over gender debates in official politics and public debates?

Today, feminist resistance to external threats seems at least two-folded – facing the anti-gender mobilizations, whose influence increased during the last decade, and the neoliberal technologies of domination – at the basis of the NGO-ization process, such as governmental precarization and neoliberal bureaucratization deployed through the expansion of market norms to all spheres of the society, including civil society (Ana forthcoming). More than a backlash against gender advancements, anti-gender politics seem to be part of the wider and profound process of political, social, and cultural reconfiguration of societies, in which gender backsliding represents a symbolic consequence – one amongst others (Paternotte 2020).

While the state was never feminist, the neoliberal governance opened the POS for pro gender-equality NGOs, to contribute to policy making through their expertise and take on responsibilities for the retreating welfare state. Today the rapid expansion of a new conservative governance, through illiberal norms diffusion and cross learning effects (Glassius et al 2020), opens the window of opportunity to anti-gender and conservative groups that gain popular legitimacy through involvement at grassroots/ community level, while closing it for gender equality advocates, through restrictions in resources, including funding (Krizsán and Roggeband 2020). From privileged partners in gender policy matters, feminist actors are now in competition with conservative organizations addressing gender and family through traditional heteropatriarchal lenses. However, neither are homogenous entities and challenges permeate both the constellation of feminist and the one anti-gender actors. While opposition to gender serves as the “symbolic glue” for alliances between conservatives and the far-right political forces (Kováts and Põim 2015), a narrow focus on gender and sexuality seems to undermine coalition building between feminist actors, which, in turn, might weaken resistance. For example, to counter the new wave of anti-gender mobilizations, some proposed to replace the term gender by women, aspect that reflects not just strong bias against certain groups, such as trans (Paternotte 2020) and non-binary people, but also the long-lasting synecdochal representation, whereby women (some) – more implicitly or more explicitly, represented feminist movements. It also reflects the presumed “natural” alliances between certain movements, in this case between the feminist and LGBTQI movements.

Thus, in the context of intensification of techniques of neoliberal governance – deployed through NGO-ization and of the escalation of anti-gender politics – as part of de-democratization processes, it seems necessary to go beyond single-issue movements and claims or implicit alliances and to address the interlocking oppressions, engrained and shaped by multi-layered systems of power at both global and local level and that carve the possibilities for broader coalitions within and between movements (Ana 2022 in print).

This special issue aims to understand the challenges posed by these recent transformations to feminist politics and to explore the possibilities of broader solidarities and coalitions – within, across and beyond gender and sexuality movements, as well as the tensions that hinder them. Welcomed contributions might address:

She was previously a Teaching Fellow at Sciences Po – where she taught from 2018 to 2022 gender, urban, visual and general sociology. In 2016, she was a Visiting Fellow at Université Libre de Bruxelles (ULB) at Centre METICES – Migrations, Espaces, Travail, Institutions, Citoyenneté, Épistémologie, Santé. She previously collaborated with Technische Universität Dresden in a research study on emigration in political debates, in Europe. Her current research projects focus on resistance to anti-gender politics; de-democratization and backsliding; coalitions and coalition-building; decolonial theories, with a special attention to decolonial feminism, addressing complex communication and deep coalitions and; the visual analysis of social movements. Her recent publications focus on feminist movements.

Ana A. (forthcoming 2022) “Decolonizing feminism: the NGO-ization paradigm between the global circuits of neoliberal power and the politics of location” in Feminist Critique, East European Journal of Feminist and Queer Studies

Chatterjee, P. (2004) The politics of the governed: reflections on popular politics in most of the world. (New York: Columbia University Press)

Halley, J. (2006) Split Decisions: How and Why to Take a Break from Feminism (Princeton, NJ: Princeton University Press)

Hibou, B. (2015). The bureaucratization of the world in the neoliberal era: An international and comparative perspective. Springer.

Jad, I. (2007) ‘The NGO-isation of Arab women’s movements’ in Cornwall, A., Harrison E. & Whitehead A. (eds.) Feminisms in Development: Contradictions, Contestations and Challenges (London: Zed Books)

Jad, I. (2010) ‘The demobilization of a Palestinian women‘s movement: From empowered active militants to powerless and stateless―citizens’ in A. Basu (ed.) Women’s movements in the global era: The power of local feminisms (Boulder, Colorado, Westview Press)

Kardam N. (2005) ‘The role of national mechanisms in promoting gender equality and the empowerment of women. Turkey Experience’, EGM/National Machinery/2004/EP.2

Krizsan, A., & Roggeband, C. (2018). Towards a conceptual framework for struggles over democracy in backsliding states: Gender equality policy in Central Eastern Europe. Politics and Governance, 6(3), 90-100.

Paternotte, D. (2016) ‘The NGOization of LGBT activism: ILGA-Europe and the Treaty of Amsterdam’ Social Movement Studies, 15, 4